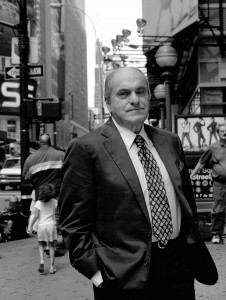 Leon Charney was renowned as a lawyer, author, broadcaster, real estate mogul, political advisor and philanthropist – the self-made billionaire’s rise to international prominence is truly a tale of a man living out the “American Dream.” With just $200 in the bank and an entrepreneurial spirit, Charney started his own law firm representing sports and show business personalities. That same spirit, combined with good judgment and creativity, led Charney to success in New York City’s highly competitive world of finance and investment. Ranked by “Forbes” as among the wealthiest Americans and named by “Bloomberg Business Week” as one of twenty billionaires who started with nothing, Charney is not your ordinary billionaire. Considered to be among the foremost authorities on Middle East affairs, Charney first entered the realm of politics as a Special Counsel to Sen. Vance Hartke of Indiana. In the decades that followed, Charney developed a reputation as an expert in the complex realm of domestic and foreign politics. “Leon Charney is one of the unsung heroes of the Middle East peace process … Very few people have played as significant a role. Leon Charney understands the complexities of foreign politics,” said President Jimmy Carter. In response to requests from President Carter and Israeli Defense Minister Ezer Weizman, Charney served as a backdoor channel to assist Israel and Egypt in putting together a workable document that ultimately led to the 1978 Camp David Peace Accords and thereafter the historic Camp David Peace Agreement. An accomplished author, Charney has written four books: “Battle of the Two Talmuds,” “The Charney Report: Confronting the Arab-Israeli Conflict,” “The Mystery of the Kaddish” and “Back Door Channels: The Price of Peace” – which formed the basis for the critically acclaimed documentary film of the same name. For more than 20 years, Charney has moderated “The Leon Charney Report,” an award-wining, nationally televised program featuring one-on-one interviews with some of the best and brightest from around the world. Charney was the recipient of many awards, including five honorary doctorate degrees, and in 2014 he won an Emmy Award for his involvement in "Back Door Channels: The Price of Peace," a documentary about the Camp David Peace Accords. A noted philanthropist, Charney is the major benefactor of the University of Haifa’s Leon H. Charney School of Marine Sciences and he donated millions to New York University Medical Center for a new cardiac wing of the hospital.
Bio Press

“Leon Charney is not your ordinary billionaire – he used his talent as a vocalist to pay his way through law school, parlayed his law career into political work and ended up in New York's Times Square as a real estate maven.” – Forbes.com
SEE VIDEO

"Leon Charney is one of the brightest people I know. Part of what he is brilliant about is government. He was in government. He has studied government. He knows how difficult it is to make government efficient.” – Former NYS Governor Mario Cuomo

“Leon Charney is one of the unsung heroes of the Middle East peace process … Very few people have played as significant a role.” – President Jimmy Carter

Leon Charney is talented in so many ways. He is an intellect, a strategist [and] a tremendous journalist. He asks great probing questions.” – Congressman Gary Ackerman

"…Leon Charney practically jump-started the final round of talks. The Film Back Door Channels reminds us what it takes to resolve the seemingly unresolvable"– New York Times
DOWNLOAD PDF